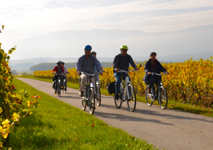 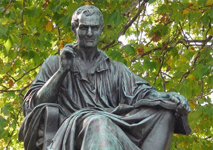 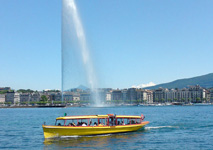 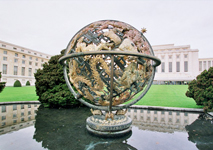 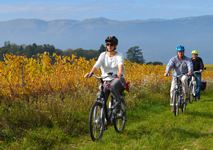 Are you in Geneva for a few hours, a long stay, or for life? In all three cases, genevabiketours is the right choice. Our tours embrace 4 centuries of history and culture in less than 3 hours, on 2 wheels, with one goal: to show you as much as possible.

Come back in time

Cross the international district and its world-renowned institutions such as the United Nations, the WHO, the ICRC and the WMO, reach the shores of the lake and its 18th century estates which have become public parks, follow the quays of the harbor, pay homage to the philosopher Jean-Jacques Rousseau by crossing the Rhone then, on the left bank where once swarmed the merchants of the fairs of Geneva, to plunge into the Middle Ages, when the Republic multiplied the strategic alliances to preserve its independence, and that a certain Calvin was to give the city an austere character ... widely denied since!

If you cannot arrive at the meeting point at the time announced, please notify the guide without delay.

In case of bad weather, the tour can be canceled, we will contact you at the latest one hour before departure.
Merci de prendre note ou d'imprimer les informations de rendez-vous en cliquant sur le bouton imprimante.
Les incontournables 05.08.2020
18 h 00 min
60.00CHF
8 of 8